Aside from having a formal education, traveling is one of the best sources of knowledge. Many lettered world leaders are well travelled and well-versed with the basic cultures of other nationalities making them procure an edge over other individuals. What more, a frequent traveler is afforded the chance to learn various languages necessary in dealing with various races.Enrollees of international schools on the other hand have continued to escalate over the years and have become a melting pot for all nationalities. People from all over the world converge and commune for an international schooling from a certain country to be educated due to various reasons ranging from personal, practicality to safety.What are the advantages of studying abroad? Many choose to study abroad to establish international links. They choose an international school because of certain laws allowing them to avail of reciprocity or the recognition of their country for their acquired education from their host country once they go back to their own country. Recently, more and more governments are increasingly recognizing the importance of establishing international links. Middle easterners and Asians specifically have sought their tertiary education abroad because of the desire to achieve links or open business opportunities for their countrymen.

Students, being with various nationalities experience the privilege of being exposed to various cultures adding breadth to their education. Cross-culture therefore paves a way for self-mirroring where a student can likely compare his own culture to that of others, adapt strengths, discard liabilities and kept from maligning and judging them. Furthermore, an international student experiences a larger than life opportunity of being immersed into other cultures which are not experienced from reading textbooks alone, thus making them understand and appreciate each other’s differences and peculiarities.Studying in a foreign country enables one to develop self-confidence, adaptability and resourcefulness as they are literally left on their own to maneuver barriers with regards to language, culture, food and among others. They are left with no choice but to be independent and be assertive on their own to be able to survive. Thus, international students are polished by circumstances and geography.Being educated abroad increases one’s marketability for future employment. A student who studied abroad of course is given an opportunity to have a more interesting entry to a resume for future employment. Highly-globalized international companies of today whether we deny it or not, are more impressed with employment-seekers who have been trained to withstand social, cultural, language and geographical barriers. Cross-cultural education gives them an edge over other locally-educated applicants as employers believe that cross-culture education develops one’s flexibility, patience, teamwork, to mention a few personable characters that they develop while being with other cultures in a foreign land.

Studying abroad provides for a life-changing experience not afforded from a local school or university, from textbooks and the internet within one’s own country, within the confines of security zone. A year or so of being abroad will have a significant impact on one’s personality but finishing a degree is all the more impressive. 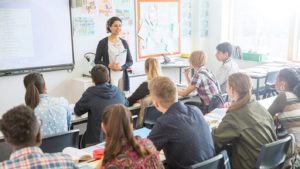